Home
Fitness Advice
10 Things Not to Say to a Female Lifter. Number 5 is THE WORST!
Prev Article Next Article

Transform Fitspo may collect a share of sales or other compensation from the links on this page.

If you are a woman with even a half serious level of lifting under your belt, you know that some of the remarks you get because of it can be ridiculous. Half the time you have to laugh, other times you go full defense mode. Whether you’re a bit bigger because you’re a powerlifter, a bit veiny because you’re a Bodybuilder, or a bit “masculine” because you’re a hardcore Crossfitter…you’ve definitely heard at least one of the following statements.

This is the most annoying thing you can say to a fitchick. As if my body size needs your approval in the slightest. Maybe I want to get “too big”, did you ever think of that? I would counter this by running up to people eating junk food and screaming, “Don’t get too big bro!”, but then everyone would throw a hissy fit. 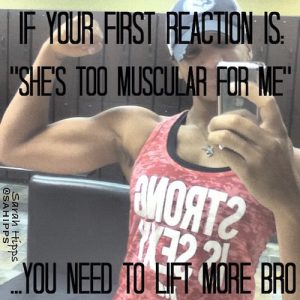 Now, don’t get me wrong. There are certainly some pictures I’ve seen of chicks where I have to squint at the face to make sure I know what I’m looking at. The problem with this statement is that its often used on chicks who don’t look like men. A woman that is just more muscular than you does not a man her make. Plus, who the F are you to tell a chick she looks like a man in the first place?! If you feel so inclined to voice your stupid opinion, don’t be surprised if she feels inclined to slap you around with her “man” muscles. 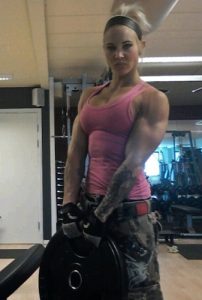 3. All You Do Is Talk About Lifting

And all you do is talk about your boyfriend. Or your kids. Or your Harley. Woah…Harleys are pretty tight so let me retract that one. The same way you post on social media about all the crap you do, is the same way I will post “fitspiration”, pictures of myself getting swole and sexy, and possibly some gym check-ins. News flash, we happen to talk about the crap we do the most, and if I love lifting then that’s what I’ll be talking about a decent chunk of time. You have two options: deal with it, or block me. 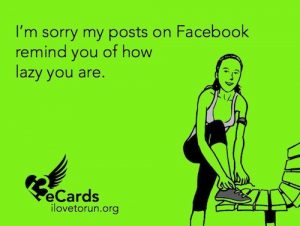 4. You’re Only So Fit Because You Lift ALL THE TIME

In other news, 2 + 2 = 4. I don’t say you look so rested because you sit around doing nothing ALL THE TIME. People who discount the work you do are annoying, but discounting it to the extent that you are indirectly using it as an excuse for why you aren’t in better shape is downright disrespectful. FYI, we don’t lift “all the time” given that we have the same hours in the day you do. We just take 1 of those hours to go get sexy. Just because you can’t fill out your jeans the way we can doesn’t mean we over workout, it means that you under workout.
Next time someone says this to you just say, “glad you noticed {wink face}.” 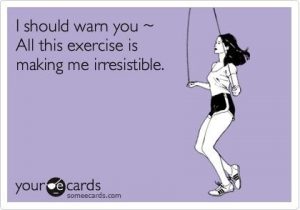 5. I Don’t Lift Because I Don’t Want to Get Huge

You’re right, its so hard to find shirts that fit me because I’m constantly busting out of the sleeves. Any fitchick has heard this from her female counterparts and its frustrating. By simple logic, you’re implying that said fitchick is huge since she lifts. More than likely, she isn’t too huge (see #2), plus, this is the worst myth known to the weightlifting community. And when you try to inform them otherwise? They refuse to believe you because they obviously know better. Chicks, man… 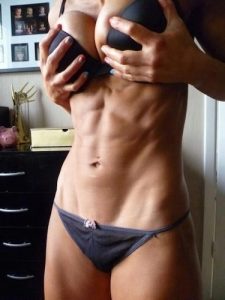 don’t you hate how lifting just makes you so huge?

Any sentence that starts like that gets an automatic no. “This” can’t be gotten rid of without getting rid of “All That”. You can tell people 1,000 times that they can’t spot reduce but they just won’t hear you. Also, just because we lift weights, doesn’t make us personal trainers. Even if we were one, who said we wanted to give you some free consultation anyways? But, fitchicks like to help because we all should be in the business of promoting healthfulness, so I digress. Seriously though, don’t ask a chick how to get rid of one section of fat without understanding she’ll let you know the other places you might need to downsize at too. Body fat people! 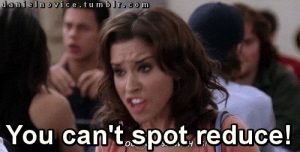 You know what? Yes, yes we do. Female lifters that had boobs and then lost them will indeed miss them, but we recognize that is not enough of a reason to not be our best. It is a pretty easy trade-off when its either keep some fat deposits or get lean and mean. Your question isn’t going to snap us out of our lifting coma and remind us of the joys of being a perky, large, titties – having woman. Enough of these squats and overhead presses, get me a D cup stat!
Nah, I’ll stick with the muscles and decreased fat, thank you. Plus, a fitchick can always get implants, but she can’t buy a 6-pack. 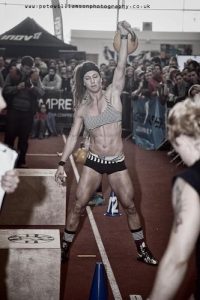 muscles, a decent replacement for boobs

This is usually in reference to both the gym and the eating restrictions. Let me explain something on behalf of all female lifters out there: we enjoy going to the gym. It can become your home away from home. You meet people there, cultivate relationships, joke and have fun. Sometimes you can meet your swolemate where you workout. We also enjoy eating and feeling healthy. Just because I opt out of the molten lava chocolate cake (Gah I love those things), doesn’t mean I don’t enjoy life. It’s actually pretty awesome to feel and look awesome. We just prioritize our lives differently than yours. Yeah, going to Happy Hours after work is cool, but there are times we’d rather be getting big over getting drunk. Just because a fitchick’s preference differs from yours doesn’t mean it sucks, it just means you’re wrong. ? 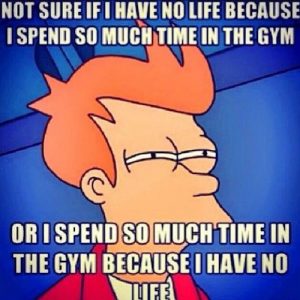 9. Can I Feel Your Muscles?

What on Earth will this do for you? Seriously, it must be the fitchick’s equivalent to the pregnant belly rub. Yes, most of the people who ask this don’t have muscles of their own, but that doesn’t mean you can start groping mine. Our muscles aren’t for physical exhibit, they aren’t there for you to touch and decide if you want some or not. Just go get your own and then you can touch yourself all you want. Which you will, because muscles are awesome and I oh so enjoy mine. 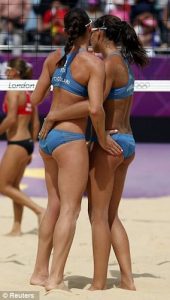 Nothing to see here, just some muscle touching. c/o dailymail

Yes I do. Every lifter takes steroids. You didn’t know that? Obviously you did because I mentioned that I lifted and that was your response.
Why do so many people ask this question? Just because a female lifter looks strong, doesn’t mean she’s juicing. I can show you pictures of ‘roided out chicks so you can learn the difference. Steroids aren’t just a common household product every lifter has. I literally don’t even know where you get steroids…but I also don’t know where to get most drugs so I may be in the minority. Literally. Anyways, this shouldn’t be the first, second, third, 80th question you ask a fitchick. Now, if she starts pumping iron January 1st and is jacked by March 1st, then feel free to question her habits. Except still don’t, because its not your business and she might ‘roid rage out on you. HULK SMASH! 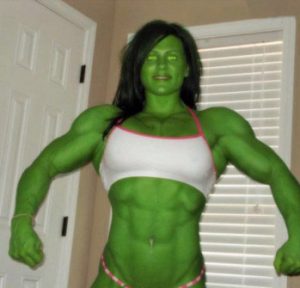 I hope that for anyone who doesn’t lift and wants to learn proper lift conversation etiquette, this was helpful. If you are a lifter and you thought you were the only one getting red with anger at these sort of questions, know you’re not alone. Just remember that no matter what comes out of their mouths, you could probably squat them, and that’s all that matters.